Here's an update on progress towards the much anticipated pre-order plus a preview of the first character expansion for the Survivors which includes a more experienced Sole Survivor (you can use the male or female figure with the card), Codsworth and Dogmeat with goggles and bandana! The scale of the Behemoth has also been updated - he's quite a monster now! Click on the images to enlarge them!

All the models for Wave 1 and about 50% of Wave 2 are approved, the starter box cover art is approved, the only thing holding back the pre-order now is some costings from factories. We want the best price for everyone and if we rush we could get it wrong and that doesn't help anyone. The whole of wave 1 is 3d printed or being 3d printed right now as masters for the production process. We have done test production which you've seen in the photos of GenCon and now Jon our wargame manager is better (he had to go to hospital whilst demoing at Insomnia in the UK so truly was hurting for the hobby) we'll be doing some videos this week to show off how the rules work. The rules are now with the editor so they're complete and we're just working on final stats and balancing. The dice are going to production this week as the longest lead time and we're currently getting the design of the cards and counters approved, the rulebook layout design has been approved. Final testing and dev work is happening on the settlement building and solo gameplay as well as scenario writing.

Bethesda has given the go ahead for the pre-order as soon as we're ready so it's all about the costs at this moment. This is a mix of UK resin production, cardboard packaging, China production on dice, cards and counter sheets, UK production on rulebooks and bringing them all together to be packed and shipped. As you can imagine that is a logistical mind maze but we've got a good team on it. We'll aim to get some videos in the meantime so you can start getting to grips with how the game plays but bear with us and we'll get that pre-order going.

Below you'll find a list of what products we have planned for the pre-order - we're aiming to give you the option of picking up everything from wave 1 which is the first 2-3 months releases. There will be some special bonuses for pre-ordering - some special bundle deals and for those who go all in a familiar but special character with unit and gear cards (and perhaps some other bonuses). With pre-order bonuses they are NOT exclusive - you'll be able to get them on the next pre-order or at special events like conventions we attend etc. I want to make sure it's special but everyone has a chance to get them no matter where you are, and no one misses out.

The plan is to do a big pre-order for each Wave so you can get in early, get some deals and get your order early so if you want to, you can support your local community and stores. It looks like we'll be shipping in January (being realistic with the number of different products we'll be producing for the pre-order), and you can pre-order from us soon, or from your local gaming store from around November. We'll be shipping into retail in late Feb or March so this will give those people involved in the demo team time to paint up their collections to help support their local stores. Remember to click the sign up to the Vault Dwellers demo team top right if you want to be involved.

There will be a Vault map so you can find the nearest store that is stocking or running demos and encouraging stores to get themselves on the map. Stores will get access to pre-order bonuses, we'll be giving them lots of support and there will be organised play kits.

We're aiming for the Pre-order to include the following items. There maybe some changes still and some items added in so use this as a rough guide, in particular some of the creatures, scenery and robots may be available separately outside of the retail sets.

Example play through videos coming next! 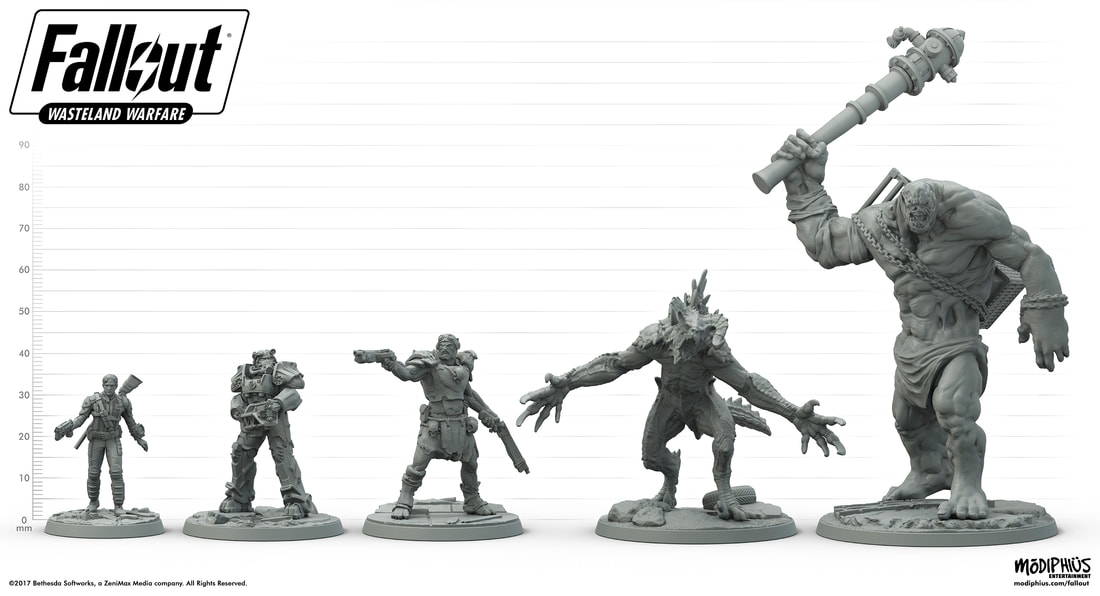 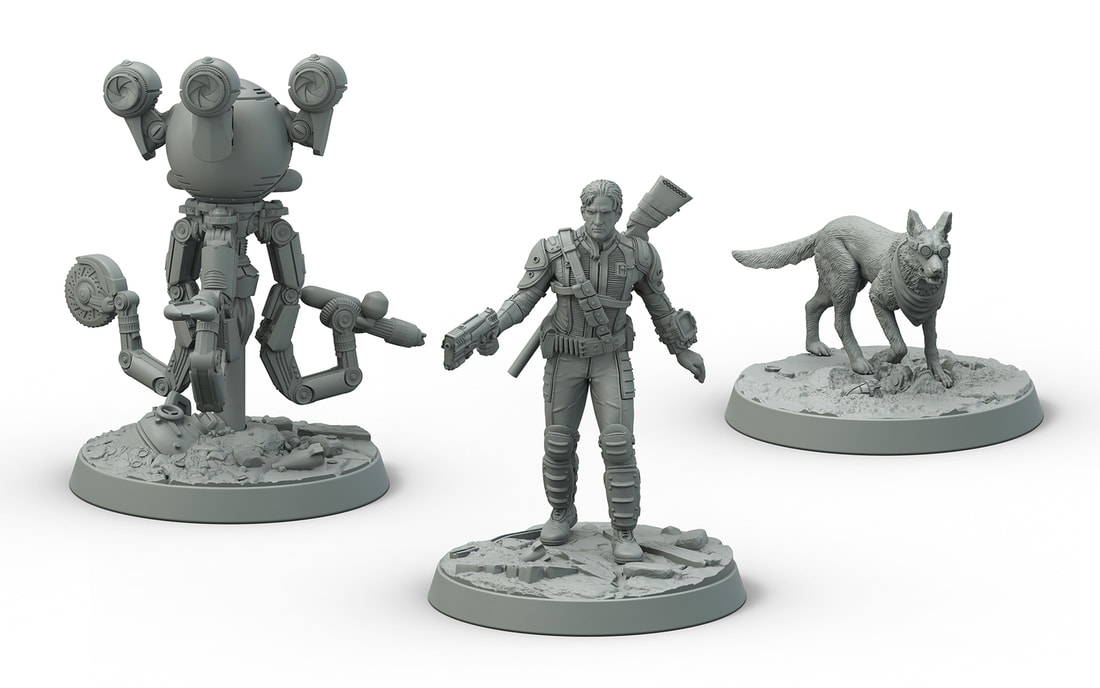