The Wargaming team have started putting together their personal office Fallout Wasteland Warfare forces. We will be sharing updates of our force construction, painting progress along with posting details of internal office battle reports.

This first post is about meeting our merry band, so each member will introduce themselves and tell you why they have chosen the force they wish to collect.

Jon – Wargaming Manager – Brotherhood of Steel
As the guy in charge of our little wargaming team, I have to herd this crew of desperate Wasteland dwellers. What better faction reflects my attempts to bring order to chaos than the Brotherhood of Steel?

Joking aside, the Brotherhood suit both my playstyle (small elite forces armed and armoured better than anyone else) and my painting style (slow and methodical). The vision of four or so suits of T-60 armour being all I need to get to the table, sweeping all before them with their armour might, was all I needed to make my choice.

James – Line Manager – Survivors
I'm a long time wargamer who's been everything from a snow-covered robot to an Ork pirate, from a parasite in your head to a Prince of the Chaos gods. Also at one point I was a rotting corpse, but I got better. I tend to be a tournament gamer but like all types and styles of games, especially narrative games.

Fallout is all about the community you build and protect, the characters you interact with, and taking care of another settlement that might just need your help! For those reasons I’ve chosen the Survivors as my faction. They work well together to make a whole that’s more than its constituent parts and have the greatest choice of characters and combinations in the game. I can go full loner and take a tanked-up Sole Survivor and Dogmeat, or I can role play with the minutemen protecting the gaggle of stragglers making their way through the wasteland. It’s all up to me to really enjoy the narrative elements of the game and build a faction that appeals to my style of play. And if all else fails, I’ll strap into the ol’ T-60 suit and take on whatever the wasteland can throw at me!
​
Adam – Wargaming Developer – Super Mutants
Hey all. I’ve recently joined Modiphius as part of the wargaming team. My gaming background is in wargaming, RPG’s and CCGs. I’ve played some CCG’s to a very high level, but mainly been involved in wargaming casually. More recently, having been working in tabletop gaming journalism, it meant that I played a lot of different war and skirmish games. I love the recent trend in the industry that looks to blend different elements of tabletop gaming. I enjoy the setting behind the game and the stories we create while we play and the push for more narrative that we’re seeing across the whole industry is great.

I chose the Super Mutants because I like their blunt force trauma approach to warfare. Their high reliance on melee weapons and high strength means that they’re very reliable in close combat and brutes armed with heavy weapons are extremely effective. Their low armour means that getting them into combat alive can be an interesting tactical challenge and that’s where the joy of playing them comes from. Oh, and the behemoth is a literal monster. I think that they’re a very misunderstood faction in the Wasteland, yea they like to smash through things and eat anything that moves, but they’re just trying to survive in the Wasteland like everyone else and those damn settlers keep building stuff and ruining their view.

Joel – Wargaming Playtester – Robots
Hey! my names Joel, I'm a new member to the team here at Modiphius but I'm excited to get involved with everything. I've been playing tabletop wargames for coming up to about 8 years now and have played a vast range of games on the market.

For Fallout Wasteland Warfare I've snatched up the Robots faction. Who doesn't love robots, the ceaseless grinding advance of crushing iron and blinding fire of scorching lasers. I will sweep aside all that stands between me and my objective in the wasteland. My sentry bots shall glide across the wastes bringing their devastating payload to bear only to drive you in to the bladed embrace of my Assaultrons. Try to run and my eye bots shall pierce your heart as they thud high in the sky. All shall fall before me, your automated overlord! Ahem, sorry got a bit maniacal for a second there. I'm excited to for what will undoubtedly be a good competition with some fine individuals.


Each member of the team has started with the respective starter pack for their forces. Once they’re painted we will be building our forces from there.These are our initial hobby session photos as we put together the core forces for our faction choices and we’ll have more content soon! 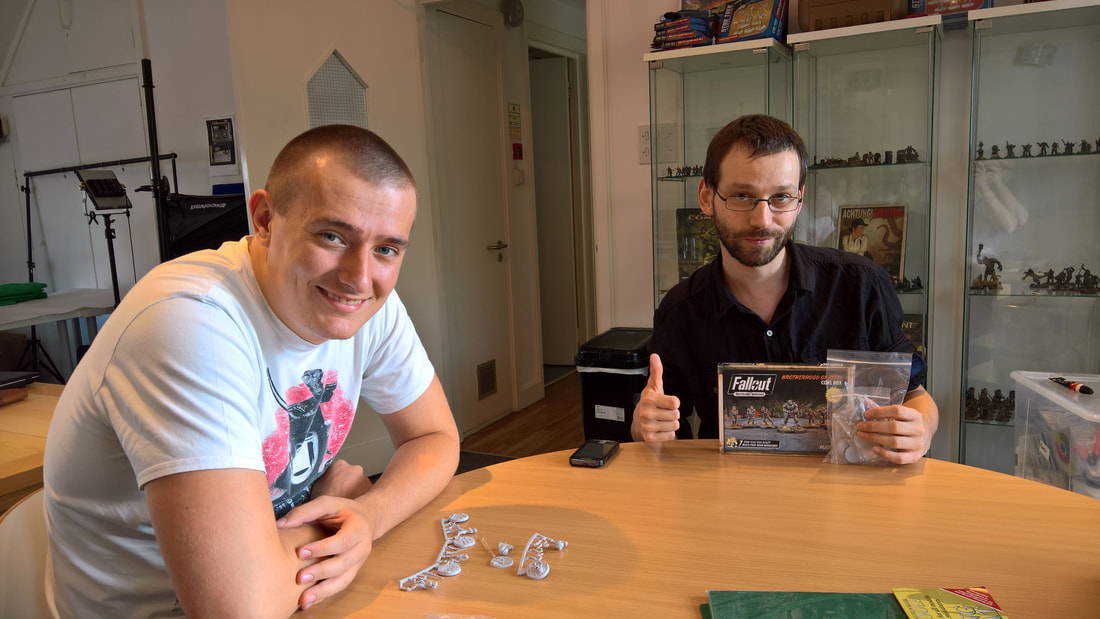 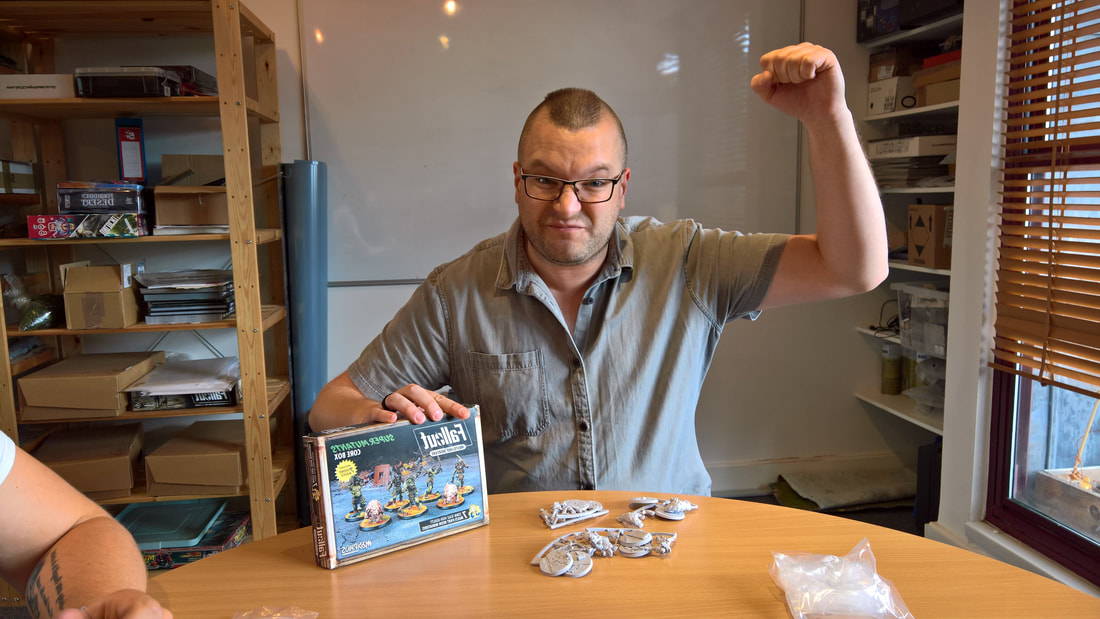 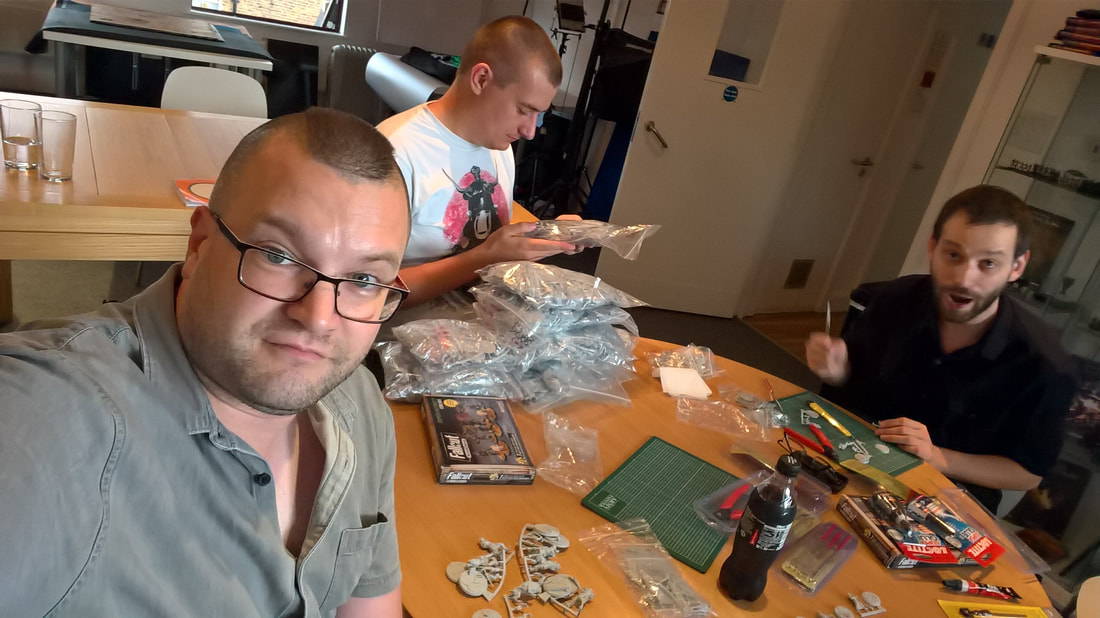 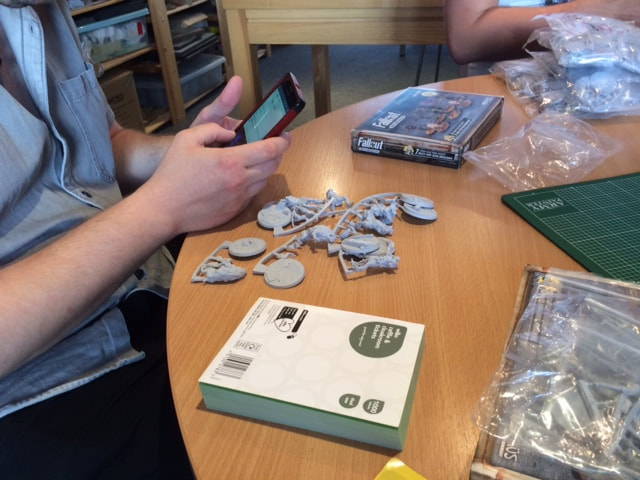 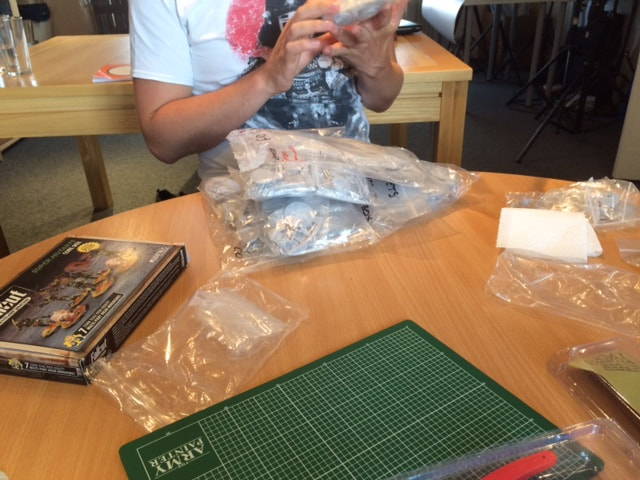 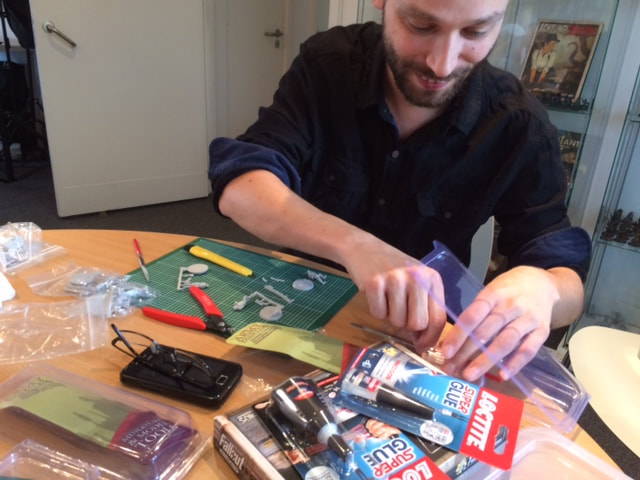 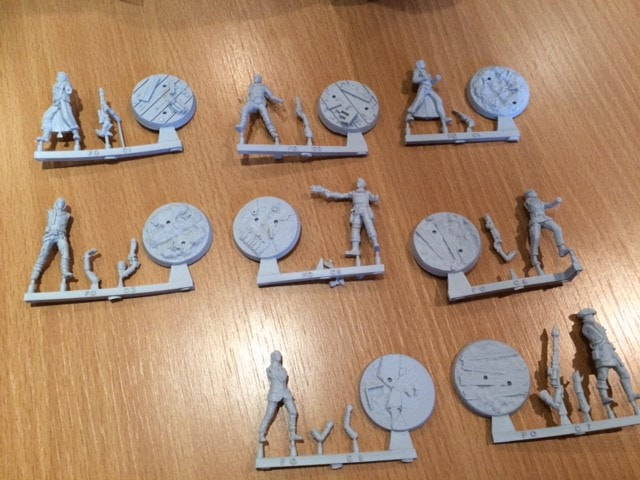 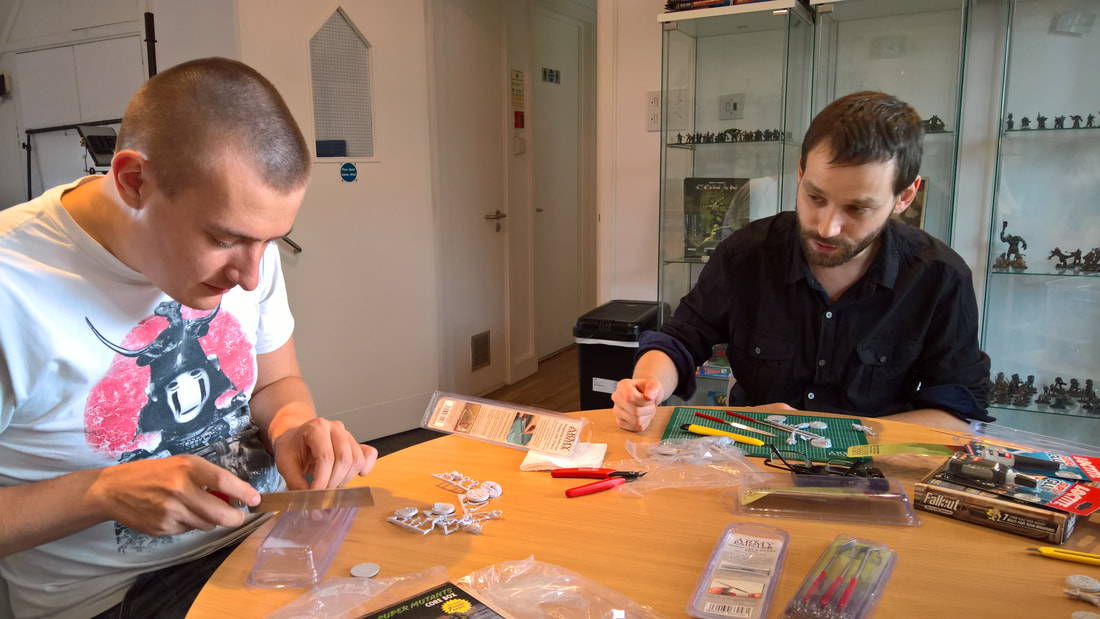 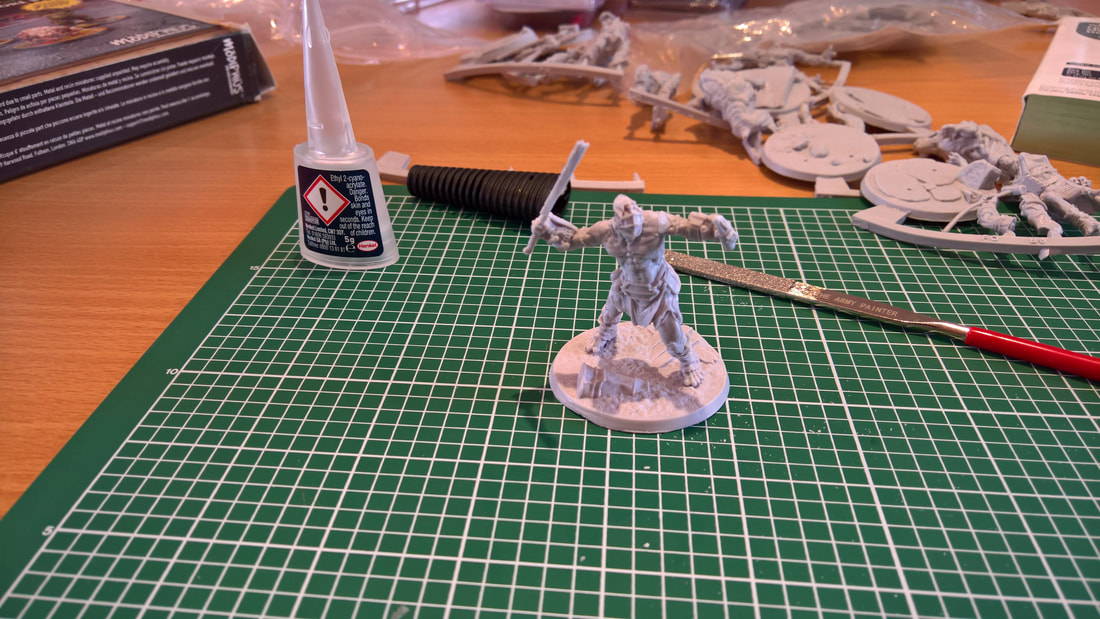 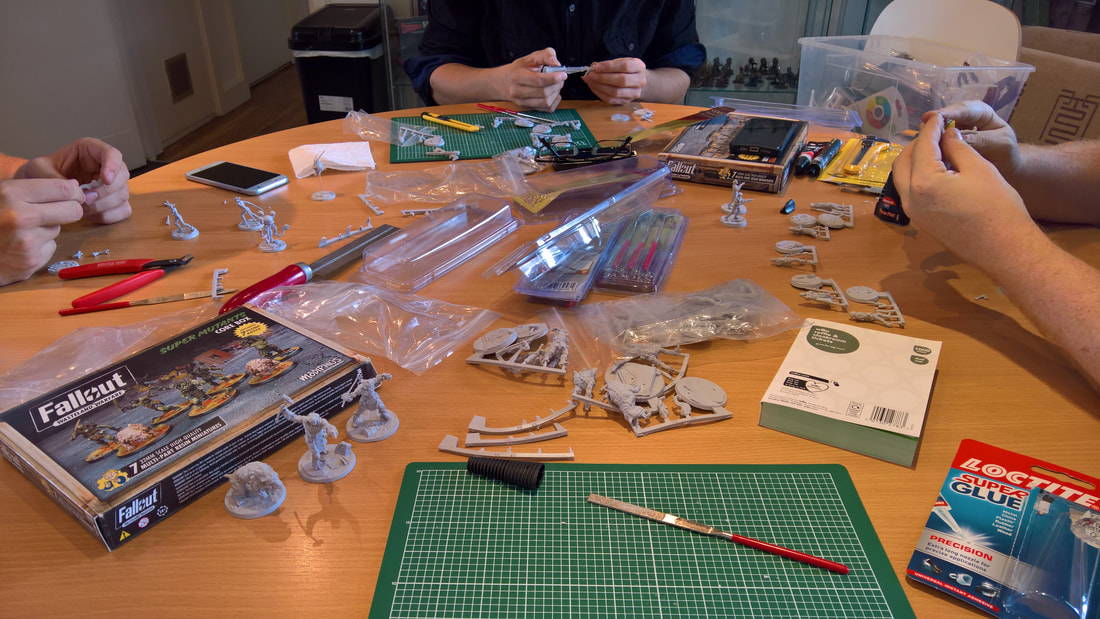 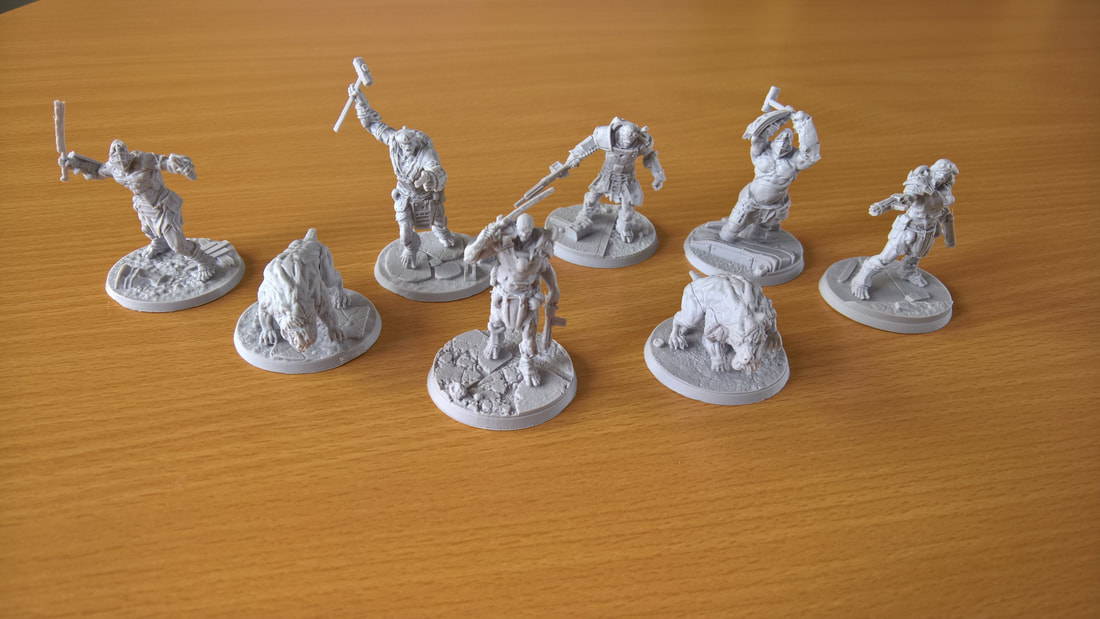 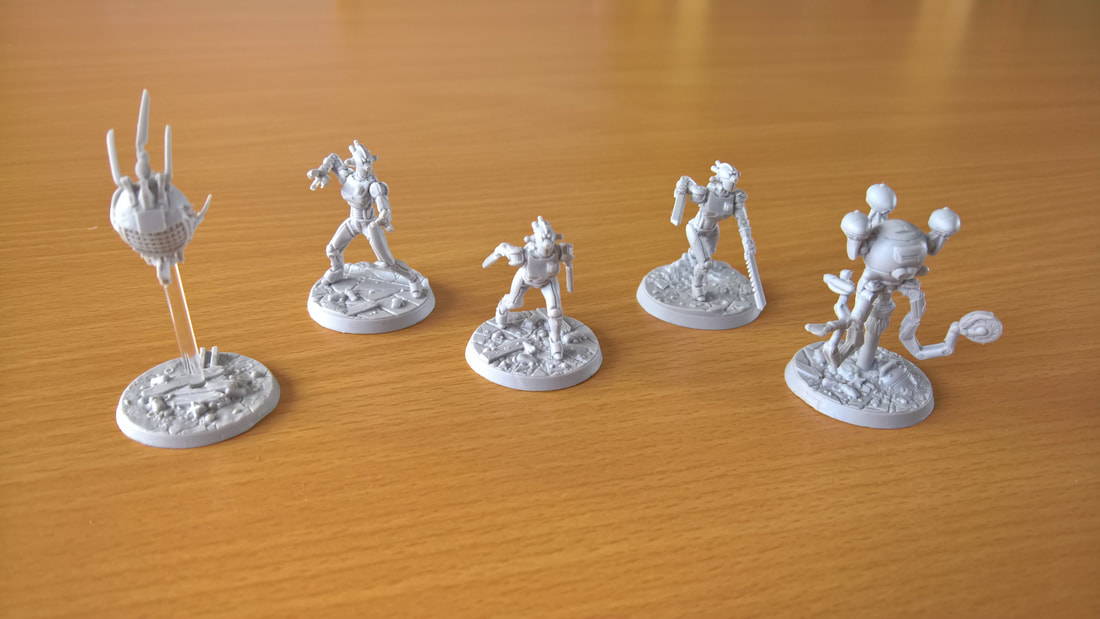