In this development blog London based writer on the Vampire: The Masquerade Fall of London Chronicle Mike Nudd discusses how he and the RPG design team brought the city of London to the World of Darkness.

As a freelance role-playing game writer and designer, and a veteran fan of Vampire:The Masquerade, the opportunity to work on material for V5 was too good to turn down.

Fall of London was a challenging book to write in many ways, We were working to a very specific brief prepared by White Wolf and Modiphius, which needed to simultaneously tell two stories: one about the ultimate fate of the Ventrue methuselah Mithras, and another about the ultimate fate of the Kindred community of London at the hands of the Second Inquisition. Setting the story in the past, we had to give readers material on both how London was before its fall, and also how it is now in the modern V5 timeline. Building the chronicle as a non-linear narrative meant that all six authors had to collaborate closely on the material.

In terms of my own personal contributions, what I enjoyed the most - and what I am most proud of - was leading the work on the background of the story and making sense of the existing material printed about Mithras in previous editions of Vampire. The methuselah is one of my favourite antagonists, and the story of his destruction first described in The World of Darkness 2nd Edition - offered without any real explanation - left many unanswered questions. Our story in Fall of London fully contextualises this previous material to tell a story in a manner that I hope satisfies old and new fans alike 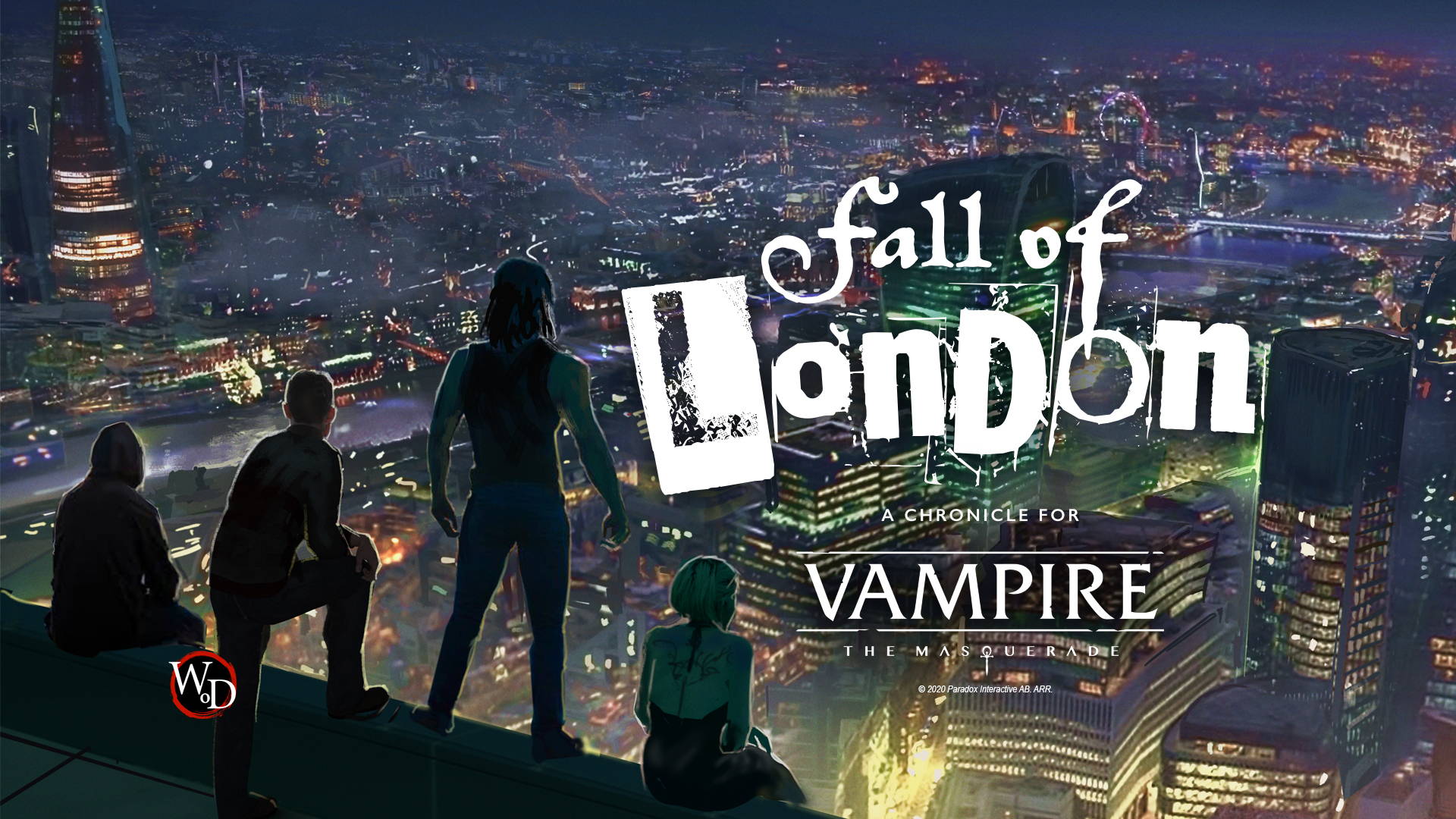 Another objective of the project was to detail some of the city of London in the modern World of Darkness. In fact, one of my principle roles in this project was to provide some local colour and give notes to my fellow authors on the authenticity and accuracy of their chapters. Not that I had to say much, as some of them did a really impressive job using their own knowledge of the city to describe areas and locations that will surprise the reader, and which don't typically feature in TV shows or Hollywood films.

The material in the Fall of London also dives into the inner workings of the Second Inquisition. Described only in abstract terms in the Vampire core rulebook, and in the Camarilla sourcebook, now we get to explore for the first time who their agents might be, what sort of methodology they might adopt,and what sort of equipment they might use. While hunter activity in London is only a small part of the 'big picture', the material should serve as a stepping stone towards the much broader and more comprehensive treatment to come from the Second Inquisition sourcebook planned by Modiphius.

For Halloween this year we streamed a live play session of the first chapter of the Fall of London, which reveals the story setup through the eyes of our pre-generated player characters. It was great fun to do this, and share it with fans for the first time. If you didn't see it, then please do check it out here.

The Fall of London Chronicle will be available for pre-order next week, if you pre-order you'll receive a PDF copy of the Chronicle immediately.