With a pre-order launching the second week of December 2020, the Dune: Adventures in the Imperium roleplaying game challenges you to take control of Arrakis and the power of the spice Melange.

Be the first to set foot on Arrakis. The Dune: Adventures in the Imperium roleplaying game takes you into a far future beyond anything you have imagined, where fear is the mind-killer so be sure to keep your wits about you. The Imperium is a place of deadly duels, feudal politics, and mysterious abilities. Noble houses constantly politic for power, influence, and vengeance in a universe where a blade can change the fortunes of millions. Build your house, carve your place in the universe, and fight for the Imperial throne. Take your characters on a journey through the worlds of the seminal Dune sci-fi book series from Frank Herbert, Brian Herbert, and Kevin J. Anderson, inhabiting elite agents working for noble houses where mentats, swordmasters, spies, Bene Gesserit sisters, devious advisors, or even desert Fremen join together to follow your banner.

Whoever you choose to be, remember that those that control the spice control the universe.

Bastien Lecouffe-Deharme (Kult, Magic: the Gathering) illustrated the stunning art cover and fans will also have the opportunity to show their allegiance to House Atreides, House Harkonnen, or the Imperial House Corrino with three special collector's edition covers. To supplement these, you can expect a gamesmaster screen, journal, and dice set accessories with more releases for 2021 to be announced.

Sign up to get exclusive previews of more incredible art and insight into the game and join the conversation in the official forum. Read more about the Dune: Adventures in the Imperium Roleplaying game over in this early article by POLYGON 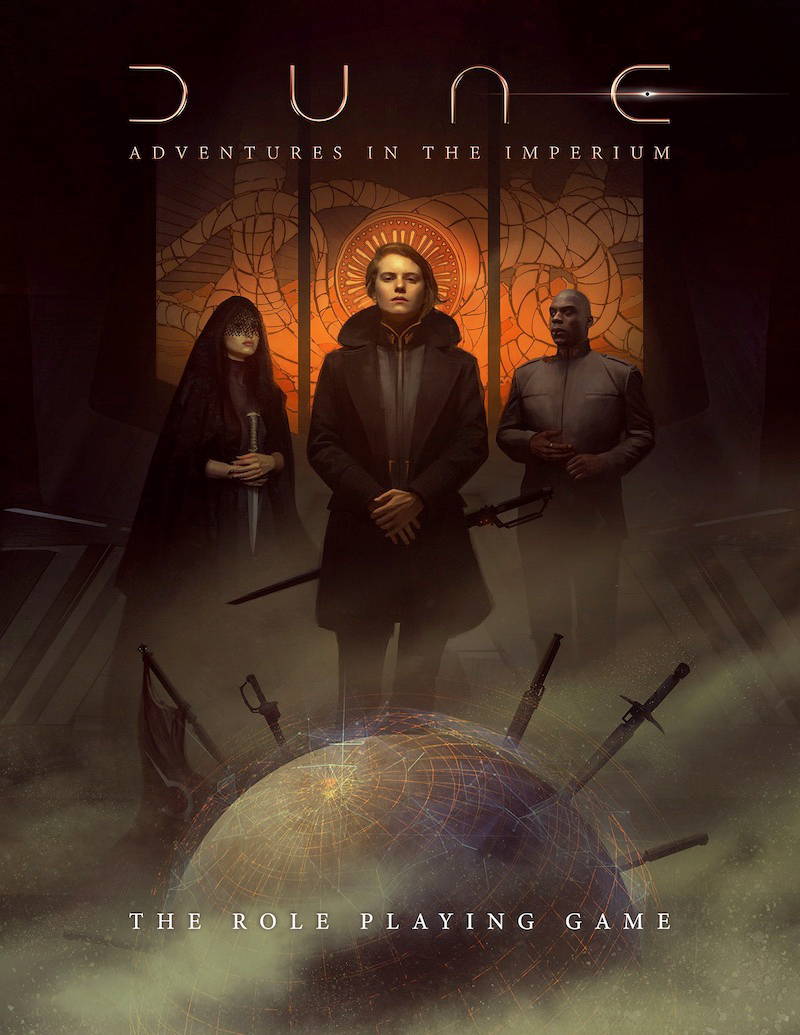 An official tabletop roleplaying game inspired by the Dune universe drawing from the beloved novels by Frank Herbert, Brian Herbert and Kevin J. Anderson and upcoming Film and TV adaptations from Legendary Entertainment.

Modiphius 2d20 game designer Nathan Dowell (Infinity, Conan: Adventures in an Age Undreamed Of, Star Trek Adventures) adapted the rules to the rich, expansive universe of Dune. Alongside Dowell, an all-star team of passionate tabletop writers and designers is working on the game. Key team members include Andrew Peregrine (Doctor Who, Victoriana, Star Trek Adventures) as line manager and Jason Durall (Conan: Adventures in an Age Undreamed Of, Runequest, A Game of Thrones) as line editor.

Dune: Adventures in the Imperium was recently dubbed the #1 Most Anticipated Roleplaying Game of 2020 in ENWorld’s annual public vote.

DUNE: Adventures in the Imperium Art

DUNE: Adventures in the Imperium Art 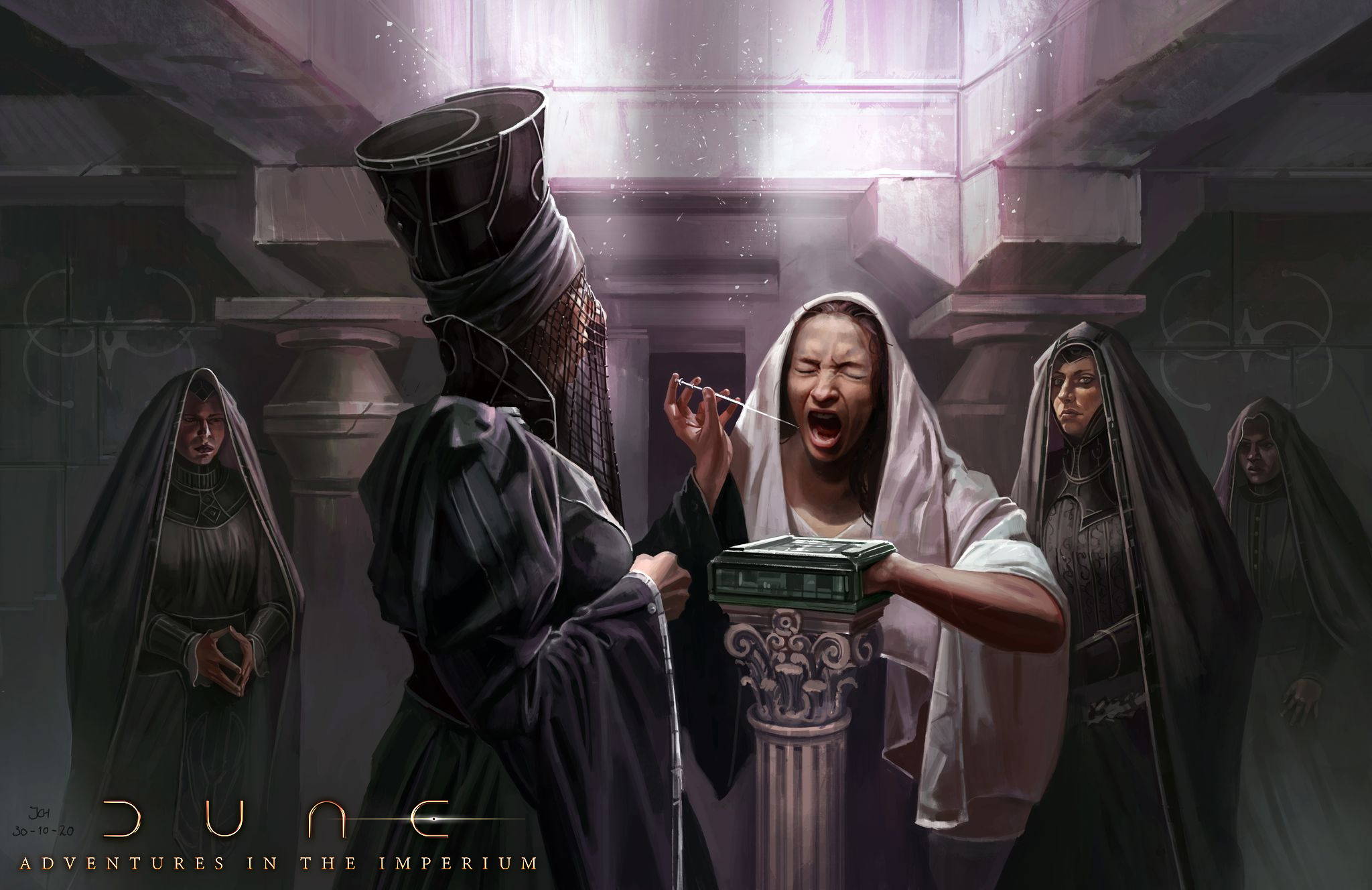 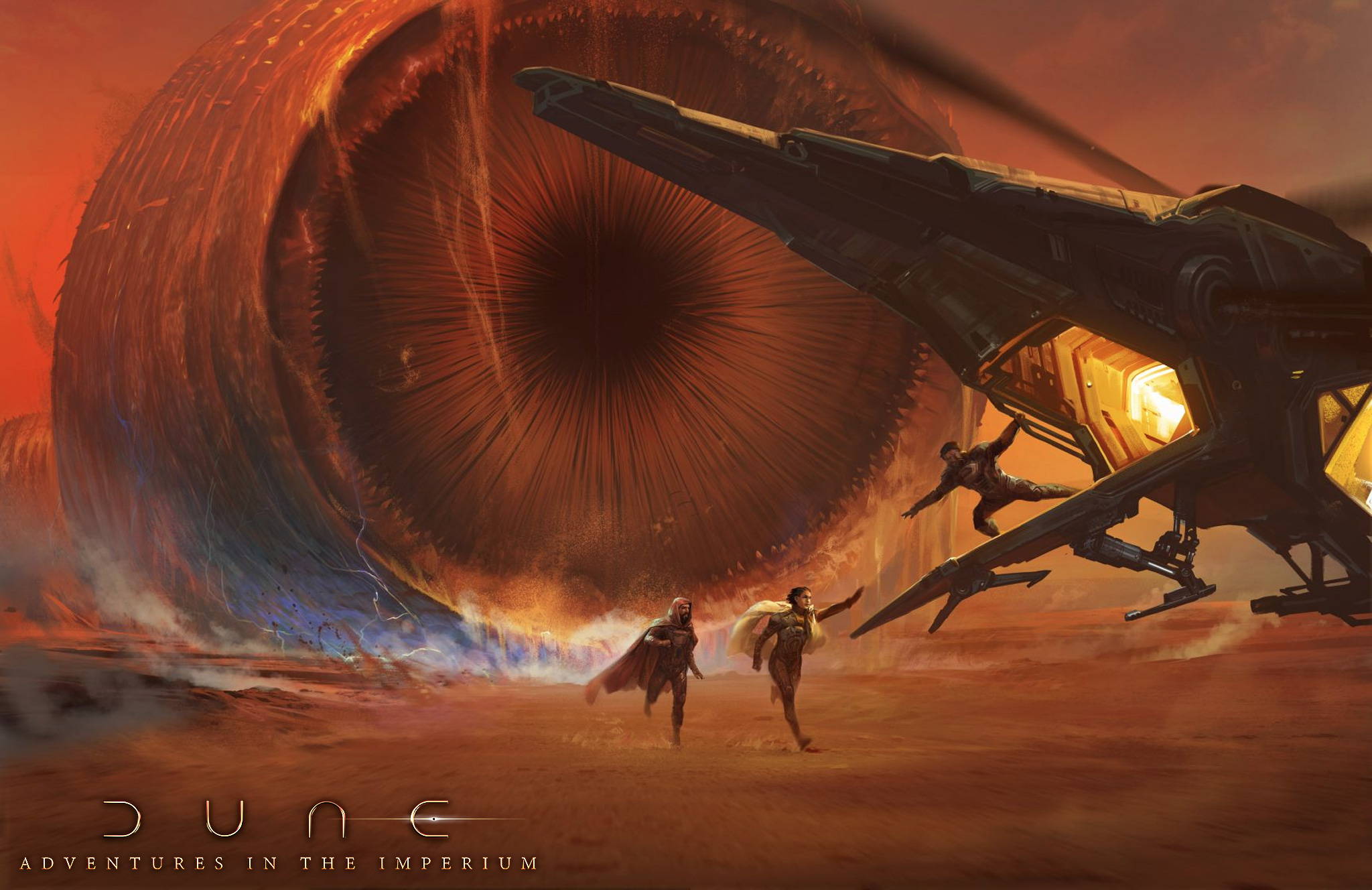